"A Principal Investigator may submit proposals to different ERC frontier research grant calls published under the same Work Programme, but only the first eligible proposal will be evaluated." The sentence refers to different calls, not to the possibility of submitting two proposals to the same call. Nevertheless, also in the case where a researcher submits more than one proposal to the same call, he/she can be considered eligible only for one submitted proposal, thus will need to withdraw from the other(s). The eligibility of this latter proposal(s) could be impacted e.g. if all the other eligibility criteria are met but the proposal(s) will not have the minimum number of requested PIs, then the proposal(s) would be declared ineligible.
Diesen Post per E-Mail versendenBlogThis!In Twitter freigebenIn Facebook freigebenAuf Pinterest teilen
Neuerer Post Älterer Post Startseite 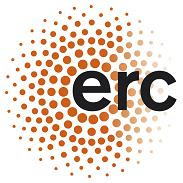 This Blog has been set up for researchers in Switzerland.

If you plan to carry out your ERC project outside Switzerland, we kindly ask you to contact the National Contact Point from the respective country.